Trans-Inclusive Education: a guide for teachers and advisors: Legal issues 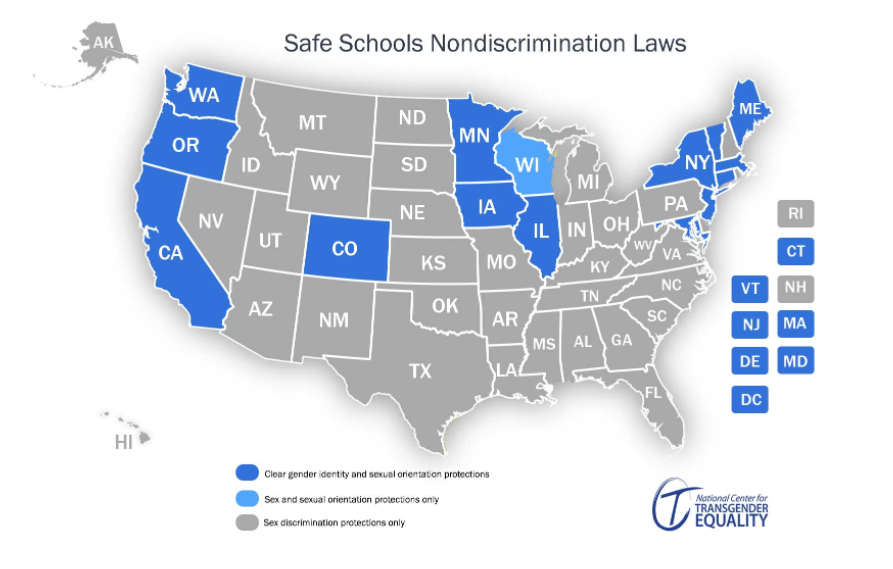 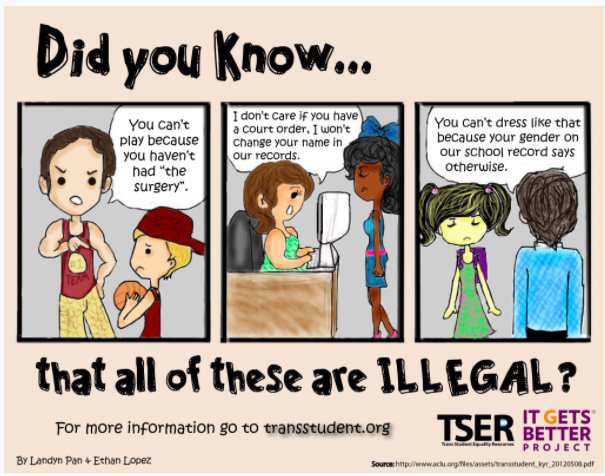 This graphic from Trans Student Education Resources illustrates three scenarios that might occur at a high school. They are all illegal under Massachusetts state law.